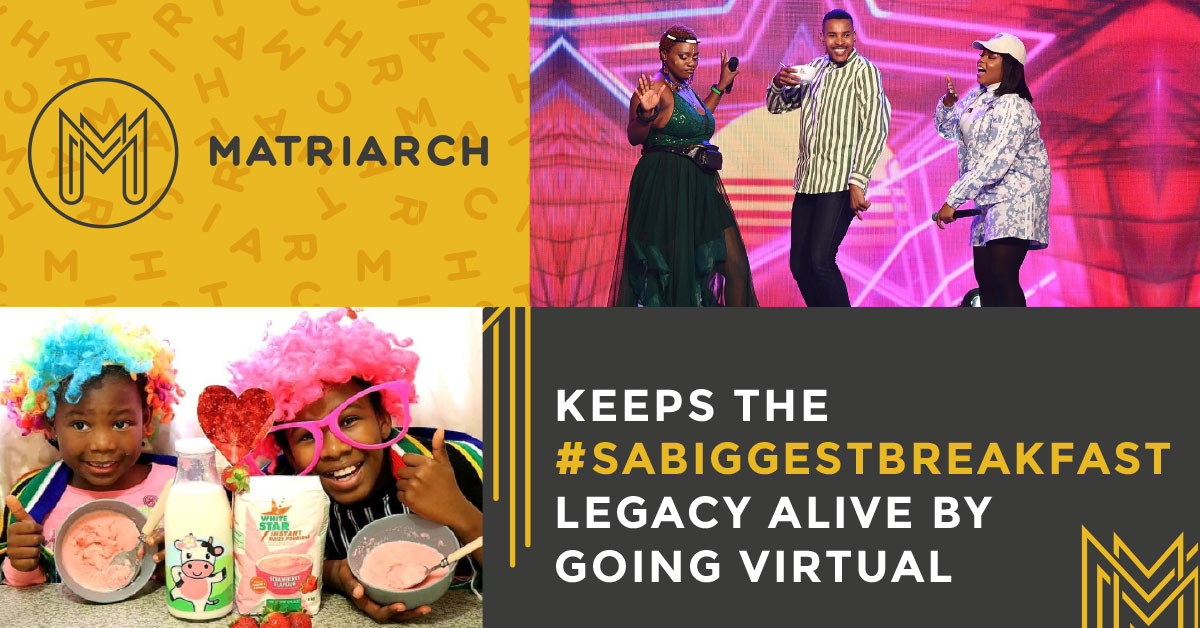 This year, we helped White Star continue the legacy of #SABiggestBreakfast by taking the event to the digital realm! Let’s take a look at how we made that happen, and the incredible results we were able to achieve.

With 2021 being an unpredictable year, the event industry was forced to adapt or become obsolete. SA’s Biggest Breakfast has historically been a physical event, with lots of hype and excitement around the actual day. This charity-driven initiative has established itself as a South African institution, with people all over the country getting involved. However, in the context of a global pandemic, we knew that we had to get creative to keep the tradition alive.

What do you do when the people can’t come to the experience? You take the experience to the people! Having already hosted a successful #SABiggestBreakfast virtually in 2020, Matriarch embarked on a multi-faceted approach to get all South Africans to celebrate breakfast from their homes for a bigger and better 2021 experience.

To build hype around the event, we developed a comprehensive pre-activation campaign to drive people to view and take part in the event. We invited the whole country to join us, with a team of influencers and celebrities creating excitement and encouraging people to join the event.

Through an aggressive and comprehensive multi-channel campaign, we were able to spread the word to millions of people, while promoting the various charity and entertainment components of the initiative.

Further driving virtual attendance and audience participation was a charity competition, seeing a total of 5000 White Star Instant Porridge 1kg packs being donated to charities chosen by our celebrity performers – plus a R5000 cash prize for viewers who took part in the competition.

We were able to reach an incredible amount of people through various channels including CSI, radio, digital, in-store advertising and PR.

The event was a social success too, with 133 000 mouths fed via charity donations, and 29 000 schoolchildren reached through our CSI initiative.

That’s how you get #SABiggestBreakfast to break new records without being able to host a physical event!